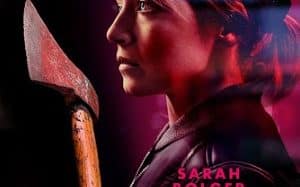 A Good Woman Is Hard to Find

Sarah, a young widowed mother, struggles to cope with excruciating circumstances, living in a violent neighborhood that is largely under the control of a ruthless drug baron. Her son, Ben, has not said a word since the day he saw his father stabbed to death in their estate. Police did nothing to catch the killer, calling his death a brawl between thieves. Then Tito, a local dealer, literally bursts into Sarah’s world. Betraying the drug dealers, he decides to hide the stolen drugs in her house. Frightened, Sarah doesn’t want to deal with this, but caught between the hammer and the anvil, she sees an opportunity to use Tito to get information about what might have happened to her husband, hoping to return. eventually to a normal life form.