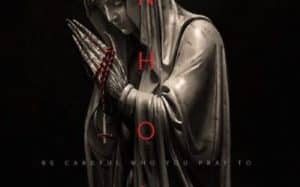 Journalist Gerry Fenn is working on an investigation into strange and unusual things. His latest investigation makes him go to Boston where unusual activity turns out to be a teenage prank. As he prepares to leave, he discovers a doll that he is intentionally crushing, unaware that an evil spirit is trapped in it, and it is released with the destruction of the doll. Gerry is later involved in an accident due to a little girl crossing the street. He then follows the little girl, Alice, to a tree, where he found the doll, and hears her say something before fainting. When he takes her to the hospital, he finds out that Alice is deaf-mute and could not speak. Garry decides to stay in town to investigate what he thinks might be a real story, not just a prank.