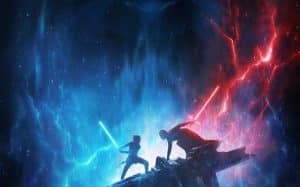 Star Wars: The Rise of Skywalker

The ninth movie in the “Star Wars” franchise, “The Rise of Skywalker” will bring to an end the story re-enacted four years ago by “The Force Awakens.” The movie is set one year after the events of “The Last Jedi” and will be the definitive end of the Skywalker legend. Star Wars: The Rise of Skywalker (2019) follows the story of a new confrontation, between the Jedi-led rebels and the Empire that expanded its supremacy by gaining new followers. The resistance will again face the First Order, the greatest evil they have ever known, while they are forced to handle their own inner chaos. An epic confrontation with new characters and surprising adventures will mark their attempt to overthrow the Empire that claims control of the galaxy.