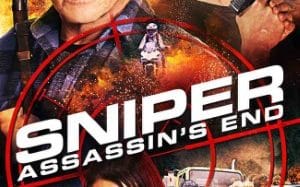 Brandon Beckett is the prime suspect in the killing of a foreign dignitary during the signing of a major trade agreement with the United States. Brandon is forced to enlist the help of his father, sniper snt. Thomas Beckett, to escape with his life. CIA agents, Russian mercenaries and a Yakuza assassin are on the trail of the two…