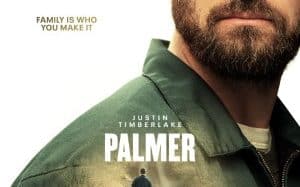 Former high school football star Eddie Palmer has become a convicted criminal from a local hero, serving 12 years in a state prison. He returns home to Louisiana and moves in with his grandmother, Vivian, who raised him. As he tries to rebuild his life, Palmer is haunted by the memory of his glory days and the suspicious eyes of the local community. Things get complicated when Vivian’s neighbor, Shelly, disappears for a long time, and her 7-year-old son, Sam, who is often the victim of bullying at school, remains in the care of Palmer and his grandmother. Palmer is drawn to a brighter world as he forms a friendship with Sam and a love affair with his teacher, Maggie. But Sam’s past threatens to ruin his new life.