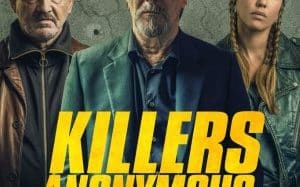 How would Alcoholics Anonymous turn into anonymous killers? Nothing special, just criminals of all kinds who meet, sit in a circle and tell their stories. How about these meetings being conducted by the CIA and all the killers who come to the meetings are actually paid CIA killers or kill in the CIA’s interest without them knowing, just because the guys on the street are cheaper? This is what happens to the participants of such a club, who are in such a meeting after an attempted assassination on an American senator …