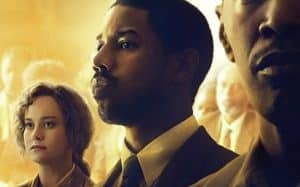 After graduating from Harvard, Bryan heads to Alabama to defend those convicted unfairly or those who have not been properly represented. With the help of lawyer Eva Ansley, who specializes in prisoner rights, he handles the most challenging cases: prisoners sentenced to death. One of his first and most incendiary cases is that of Walter McMillian, who, in 1987, was sentenced to death for murdering an 18-year-old girl, despite evidence proving his innocence and the fact that the only testimony against him it came from a criminal. In later years, Bryan becomes trapped in a maze of legal and political maneuvers, while fighting for Walter and others like him, despite having everything against him, including the legal system.