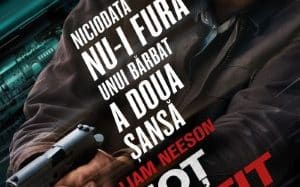 An honest thief is the story of an old bank robber who wants to surrender because he fell in love. But everything gets complicated because of two corrupt FBI agents, who follow in his footsteps, determined to eliminate him and steal the money he intended to give back. Tom (Liam Neeson) can be described in many ways, but he is mainly a famous thief, and a romantic newly converted to love. His feelings for Annie (Kate Walsh) made him want to make amends for his past mistakes, and leave his life as a criminal. Although he has always operated with integrity and principles, his robberies being exclusively non-violent, he does not want his relationship to be built on lies. He decides to turn himself in to the FBI, and return the money he stole, in exchange for an agreement that would allow him an easier sentence and a clean record. When he calls the FBI office in Boston to set up a meeting to testify, agents Baker (Robert Patrick) and Meyers (Jeffrey Donovan) mock his call, which they are convinced is a hoax. The two realize, however, that Tom is not joking, and make a plan to get their hands on his money, convinced that this is the chance of a lifetime. Thus begins a game of mouse and cat, where evil and good intertwine, love being the only one that shows the right way.