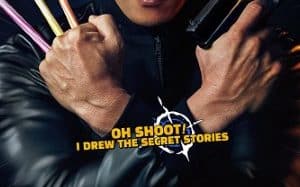 A South Korean counterterrorism agency is recruiting orphaned children and turning them into superagents. Jun lost his parents in a car accident, is recruited and becomes the best agent of the Shield Team. Tired of missions and crimes, Jun sets the stage and decides to start a new life. 15 years later, he has a wife and a daughter and earns his living by doing what he loves most, comics on the Internet. The lack of money and success as a cartoonist leads to a severe drunkenness and makes him draw his past as an agent to be published, revealing the names of secret agents and drawing on him the revenge of a psychopathic murderer.