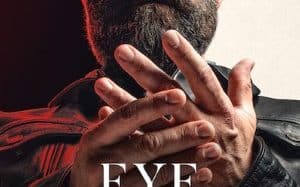 Eye for an Eye

Mario, an exemplary man, works as a nurse in an asylum where everyone appreciates him. Antonio Padín is a well-known drug dealer from Galicia who, after leaving prison, enters the center where Mario works, due to a serious illness. Now, his two sons, Kike and Toño, are responsible for the family business. However, the failure of an operation will take Kike to prison, generating a huge debt to a Colombian supplier. Toño appeals to Mario to convince his father to take on his duty, but the man has his own plans. Eager to avenge his younger brother, one of Antonio’s drug dealers and an addict who died from an overdose, Mario wants Antonio to pay. When their roads intersect, everyone chooses the same way out: revenge.