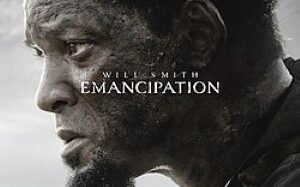 Emancipation is an American historical action film starring Will Smith as an enslaved man in the 1860s who manages to escape from the plantation where he was being exploited. The film directed by Antoine Fuqua is loosely based on real events in the life of a black man named Gordon, a former slave. The film also shows images of his back destroyed by whips that were published in 1863 and highlighted the cruelty of American slavery.