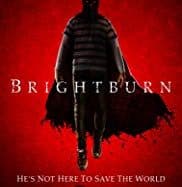 A couple who can not have children experiences the ultimate happiness when the long-awaited child lands in a capsule in the forest near their farm. Years pass, and Brandon, though retiring, seems like a child like any other: smart, talented, curious. At the age of puberty, he becomes rebellious, begins to exhibit unusual powers, bizarre behavior and even evil turnings. Are they just teenagers or something more serious? Initial leaks and accidents lead to atrocities in a short time, and the most grim fears come true: their son, whom they considered a divine gift, is a monster with unpredictable powers that terrifies the entire community, and not even themselves safety. While the protective mother refuses to accept reality and hopes that their son will be corrected, the severe and realistic father goes to deeds. But how can a force of nature stop, a diabolical creature?