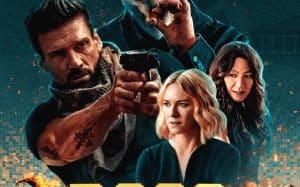 Roy, a former Delta Force soldier, returns home to resume the life he left behind when he left the army and repaired his relationship with his ex-wife and son. It’s just that Roy gets caught in a time loop and has to cut his last day of life repeatedly. He realizes that everything has to do with his ex-wife who was working on a secret project with the US military and does his best to survive the assassins sent in his footsteps to gather as many clues as possible about the reason behind his situation.