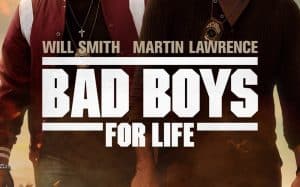 What happens when the Bad Boys become men? Well, after 25 years since the release of the first movie “Bad Boys”, we find the famous detectives Mike Lowrey and Marcus Burnett as nice as we know them. It’s just that the middle-age crisis is haunting him now, each one in a different way: Marcus is just becoming a grandfather and is already thinking about retiring to spend more time with his family, but Mike is freaking out about his big days and wants to prove that he is more prepared than ever to catch the criminals. And because Mike is pursued by dangerous interlopers and his friends do not give up, Marcus is convinced to accompany him on a final mission, under the motto “We fight together. We die together. ” So they come back in the action fires on the streets of Miami, in thrilling pursuits, spectacular stunts and comic surprises.