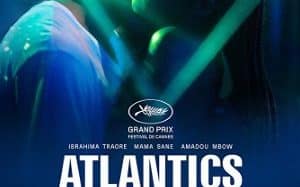 In a popular neighborhood in Dakar, a group of workers on a construction site have not received their wages for several good months and decide to leave their hometown along the ocean in the hope of a better future. Among them are Suleyman, who, out of desperation, leaves behind the one he loves most in this world, Ada, who is already promised to another man. A few days after the boys leave the sea, a powerful fire devastates Ada and her husband’s marriage ceremony and the girls in the neighborhood begin to be affected by a mysterious fever whose origins are unknown. Issa, a young policeman begins an investigation and does not doubt that in the middle it is about the souls of the drowned, former workers on the site. If some of them came back from their desire for revenge, Souleyman returned to say goodbye to Ada.