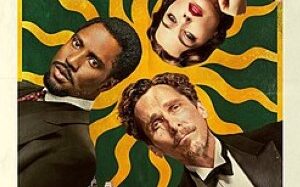 In 1918, Burt Berendsen is sent by his wife’s parents to fight in the First World War. While in France, Burt befriends another soldier named Harold Woodsman. After suffering some injuries on the battlefield, the two are cared for by nurse Valerie Voze, an eccentric nurse whose passion is to make art out of the shrapnel removed from soldiers’ bodies. They also become friends and later they all end up in Amsterdam. After the war, Burt leaves to return to New York to his wife, and Harold, who has fallen in love with Valerie and started a relationship with her, also goes to New York to pursue his dream of becoming lawyer.