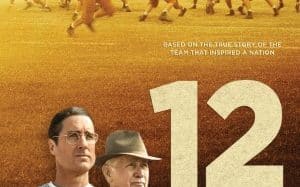 This film tells the true story of Mighty Mitesm, a football team from the Fort Worth Orphanage who, during the Great Recession, started playing without standing shoes and ended up playing for the Texas State Cup. During their phenomenal season, these young people to whom no one gave a chance became a source of inspiration and devotion for the city, state, and the entire nation in dire need of a return to normalcy and prosperity. They even came to the attention of American President Franklin D. Roosevelt. The architect of this success was Rusty Russell, a legendary coach who shocked his colleagues when he gave up his privileged position to train at an orphanage. Few, however, knew the secret and the reason behind this decision: he himself was an orphan. Rusty has managed to develop innovative strategies that have revolutionized and defined modern American football.